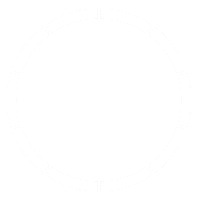 In the middle of year 2019, Kumacaya initiated a new tool which is called Signal. Kumacaya began developing its signalling platform in June 2019. The plateform has been developped following of 1 year and half of deep monitorings where companies were the one choosing the topics. It was top down. However, in order to truly serve our vision, there is a need for giving the civil society the power to raise the topic of interest, so we decided to develop the signal platform

The new tool is to complement the deep monitoring program that has been being implemented since 2017 in partnership with selected civil society organisations in Riau and East Kalimantan. Signal will be first step of civil society organisations involvement in Kumacaya’s programs implementation. Signal gives a voice to civil society to tell Kumacaya where to go by reporting signals (positive and negative). Now Kumacaya is organising a trial in Riau and East Kalimantan province, Indonesia. The trial in Riau has been running since June 2019 up to now, while in East Kalimantan it just started on January 2020. Up to now, Kumacaya has received more than 1000 signals sent from various locations in both provinces.

What is the signal?

A signal is an information sent to Kumacaya about a positive or negative environmental or worker welfare or social practice happening around signallers.

The channel of sending is through signals.

The signallers will have to report on 4 criteria for the signal to be valid and taken into consideration: Topic / subject (share the list of topic), related commodity, GPS point, evidence: pictures / vocal recordings.

All topics related to NDPE but not limited to. This list will have to be discussed with relevant Earthworm Foundation experts before sending out to monitors:

The monitor would be able to monitor on any commodities that are relevant in the area, which include but not exclusively: palm oil, pulp and paper, rubber, extractions…